There is often misunderstanding and confusion around child sexual behaviours. When it comes to child development, healthy sexual development may be neglected as it may be assumed that children have no sexual behaviours until puberty and their teenage years. This is not true. As with all other aspects of healthy child development, there are recognised ages and stages, which are outlined below. Parents often worry that their child is behaving oddly because we simply do not always talk about healthy sexual development.

Any sexual behaviors displayed by children should be age-appropriate for the child’s developmental stage. These behaviours can be exploratory, with no intent to cause harm. They should be fun, enjoyable and carefree, with no power difference between participants.

Even at this stage, sexual behaviour is beginning to emerge through actions like:

As children get a little older they become more aware of the need for privacy while also:

Children are getting more curious about sex and sexual behaviour through:

Children are getting more curious about sex and sexual behaviour through: 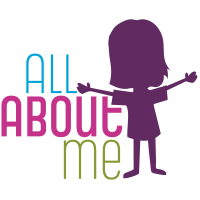 An evidenced based Relationship & Sex Education (RSE) programme for Primary aged children.
You cannot copy content of this page: ©2019 GOTR SRE Consultancy Limited. All Rights Reserved (all wrongs learned from).